Deconstruction & the Inerrancy of God’s Word

In my recent reading, I have noticed a recurring theme:

The content reflected in the previous sentence is not only found in woke “Christian” literature, but it is also being perpetuated by a breed of so-called critical Christian, known as “exvangelicals.”

The term, “exvangelical” was coined by the spouse of a Christian roommate of mine and has gained notoriety as a view which breaks from historic Christianity. Exvangelicals tend to embrace the crafty and complicated pillars of wokeness causing a division away from historic Christianity. The message of the Gospel can be offensive to them. Though they make clear they each have a unique story and do not all follow the same prescribed end goal.

Satan is smart in his delusion of bringing what sounds like truth into a conversation between intelligent people.  But as the “father of lies” he can deceive even the brightest, most brilliant of minds.

Wokeness was devised as the revised opiate for the masses. It intices, confuses, and bewilders the conversationalist. Minds of all IQ levels could go in circles exploring this topic. I personally felt I could not walk away with the upper hand after a woke conversation. I learned to not try to reason it all out in one conversation, but to break it down into reasonable bites.

Here is my attempt at looking at the bites.

While “exvangelical” content is provided below, note that I am using quotes from two pieces but could pull much more, if needed. Names have been removed as I know the writer.

The content of this section follows the order of discussion; Scripture inerrancy/Interpretation, deconstruction and Theory replacing Scripture.

“What the exvangelical narratives often reveal is not a lack of biblical literacy among those who leave – it is a lack of a agreement with evangelicals around what the Bible means and teaches.“

“Entire traditions of Christianity practice wholly different methods of biblical hermenuetics and criticism, but such traditions are also equally dismissed by many evangelicals as invalid.”

Blue – Questioning and Deconstruction (though not synonymous)

“…’exvangelical’ is a personal starting point and a social counterpoint. It is also a hashtag whose uses cannot be dictated by any single person. It does give language to the liminal spaces many people find themselves in after questioning the tenets of their faith; it does not make any discrete or particular theological demands on those who use it.

“‘Exvangelical’, the long line of leavers who’ve led the way before, and the end of white evangelical hegemony!”

“To put it bluntly: White evangelicals have long pursued power.“

Is the Bible “inerrant”, or without fault? Scripture says we can not add or take away from it. The Bible tells us that Jesus is the “Word”. The Bible offers the truth of Jesus Christ.

I believe the Bible is God’s Word and that it is perfect, inerrant and absolute Truth.

Following is an article from Relevant magazine, supposedly Christian, which refers to the Bible as a “tool” and alludes to the fact that believers may have made the Bible an idol. Considering, even “Christian” sources are playing with fire, it is not hard to see how teens, both new and old believers, and many are starting to ask questions concerning the inerrancy of Scripture.

“Have We Made the Bible Into an Idol?”, in Relevant magazine, is one example the church is being presented faulty teaching about the authoritative nature of the Bible.

We need to constantly be asking, “Are we starting on the basis that God’s Word is inerrant and with His absolute Truth?”

Wikipedia states, “Deconstruction is an approach to understanding the relationship between text and meaning. It was originated by the philosopher Jacques Derrida, who defined the term variously throughout his career.”

Note that Derrida was a voice in the development of Theory.

So, if it is true that many exvangelicals are biblically literate, what is causing them to deconstruct their faith? While we have noted the reasons for leaving the evangelical church varies, per exvangelicals, we can start by looking at the previously mentioned quotes.

Exvangelicals tried to bring reform to the evangelical church (blue quotes); when that did not happen and they left what they call “white evangelicalism”, many exvangelicals seem to adopt the language of Theory (orange quotes), also seen above. Though they do not refer to it as Theory.

The theme of “white evangelical hegemony” is also noteworthy (orange). It alludes to “power” being the evangelical intent, over the years. This is the same claim of intent Kobes du Mez states in her book, “Jesus & John Wayne”. When one begins to view Scripture through a Theory worldview, it inevitably leads toward deconstruction, as the two worldviews collide.

Personally, I found the introduction of Theory to Scripture led to deconstruction. Though, my story did not end with Theory replacing Christ.

I believe the last two elements can switch, depending on the situation; whether the introduction of Theory causes deconstruction, or deconstructive thoughts leave a void for Theory to fill.

Theory in Christian circles will deconstruct in a similar manner as the below.

New labels; oppressed and oppressor. How are they defined? Do these new labels not conflict with sinner vs saved?

The main goal becomes replaced with social justice of some capacity, over time. Christ and the Gospel message move to the background or are removed, altogether.

Works are attached with the new labels. Works are never enough and all are negatively labeled. Oppressors are wrong and the “new” sinners, striving to eliminate sin and guilt. The oppressed are always seen as less than, striving to be equal.

Scripture is tagged onto woke teachings, as many words and ideas are biblical, though not if viewed by Theory. This concerns me.

The only hope is an earthly utopia and continuous works to alleviate guilt, trying to eliminate the new original sin of “racism“.

This can never be achieved through man, all are left in hopelessness and division. Christ is no longer enough, nor is He the solution to life, hope or the new sin of “racism”.

A new worldview replaces the Gospel with hopelessness; wokeness/wokeism.

It is easy to see how many exvangelicals come to varying conclusions. Faith has been deconstructed; Christ is stripped away and replaced with nothing but empty promises. Humans are now left to determine life and it’s purpose.

Wokeness will not be this blunt in many Christian circles. It is often taught and/or displayed bit by bit. Pieces begin to add up to a new message and interpretation of Scripture, over time. Christian circles do not speak of “utopia” but they attach other woke concepts, that essentially lead to Christ not being enough. Interpretations of Scripture almost always support Theory.

One can, again, refer to the book, “Jesus & John Wayne”, used in many evangelical circles, where white evangelicals are called to dismantle what was done in the church, in recent decades.

“Power” and “hegemony” (orange quotes) come from Theory, leading to new labels of “oppressed” vs “oppressor”. “Whites” and “Christians” (that hold true to historical Christianity, often referred to as evangelicals) are referred to as some of the most common “oppressors”.

Note, I do not support labeling historic Christianity as “white evangelicalism”. The Gospel should not be labeled by color. Christ came and presented the same message to all people. And if we hold to the Bible being inerrant, then we should be careful to not let Theory intertwine with Scripture.

As we begin to move into how Theory replaces Scripture, it is important to note that it is influenced by James Cone (Black Liberation Theology). Ibram Kendi speaks of this in his book, “How to be an Antiracist”.

Jemar Tisby works for Ibram Kendi and teaches “antiracism”, a concept that conflicts greatly with Scripture. Kendi says that he does not believe in Savior Theology and moves further away from James Cone than his parents. Ibram Kendi clearly does not believe in the Gospel. And yet, the believer Jemar Tisby, is working for Kendi; teaching his principles of antiracism and wokeism, with the backing of Scripture.

Also provided is a solid article that came out by Neil Shenvi, a newer apologist, very informed on Theory. He mentions trending names (such as Tisby). It is no wonder believers are confused. Christian organizations bring in speakers like Kobes Du Mez (Jesus & John Wayne) and Jemar Tisby, both “Christians” who intertwine Theory with the Gospel.

In Neil Shenvi’s article, “Unmaking the Patriarchy: A Brief Review of Barr’s Making of Biblical Womanhood“, he states the following.

“What we’re seeing in so many ex-vangelical circles is not a slippery slope, but the consistent outworking of people’s beliefs about freedom, identity, and oppression. To be clear, the gospel is liberatory. But the Bible makes it clear that God’s liberation frees us to embrace his design for us. I share Barr’s fear that the “tail is wagging the dog,” but in a very different way. The Bible invites us to start with God’s vision for humanity and then to define love, equality, and justice in light of it. If we start with our own definitions of these terms and then impose them on the Bible, the result will be enslavement not freedom.” (Neil Shenvi)

Again, are we starting on the basis that God’s Word is inerrant and with His absolute Truth?

“Deconstruction” in a concept much BIGGER than Theory; it does not always begin or end with Theory (wokeness). Regardless, many are not discussing the concerning fact that Theory naturally leads to the deconstruction of historic Christianity. 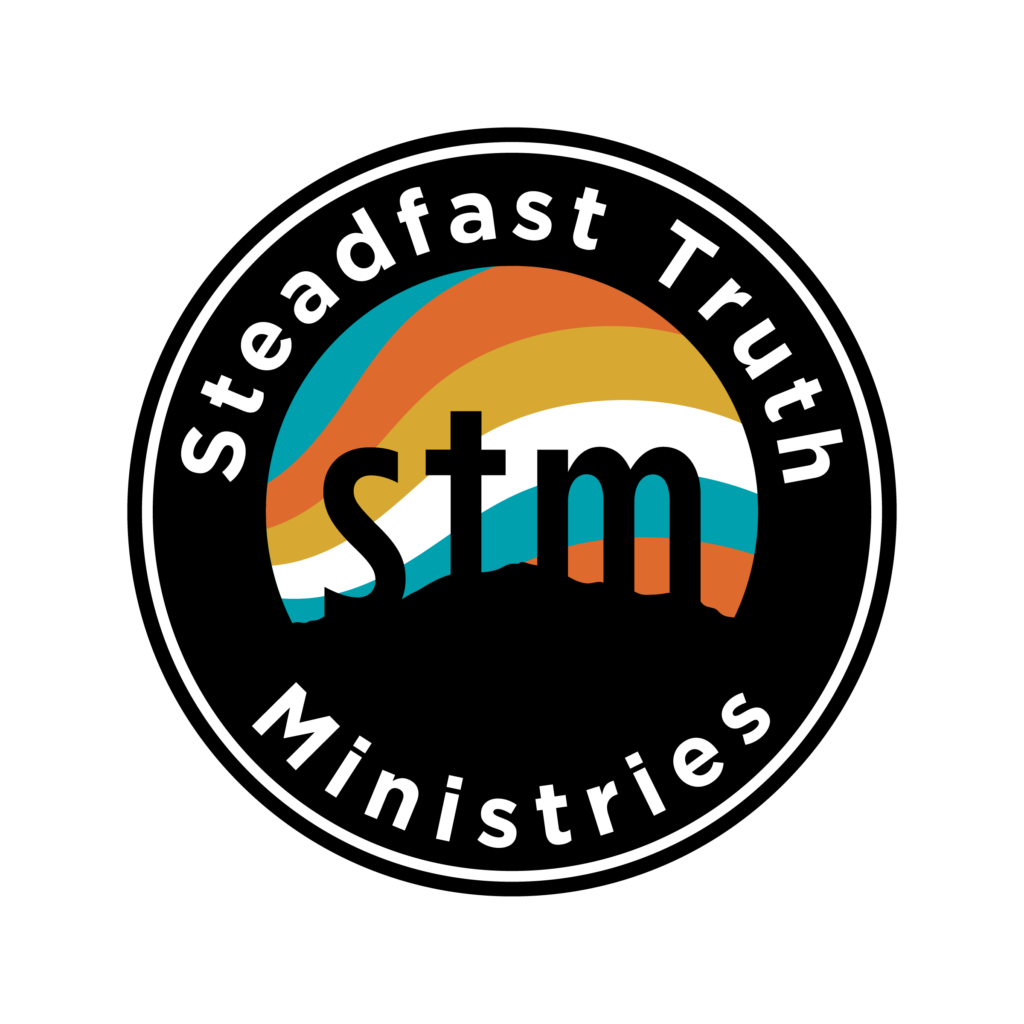 November 1, 2021Do Intentions Matter: Impact Over Intention
More than once I have heard or read, from woke leaning influences …
October 27, 2021Wokeness & the Struggles Facing Christian Organizations
Are you wondering why your church, pastor, work place, or Christian institution …
October 14, 2021A Fallen People, an Imperfect Church, but a Mighty God
This is a post I have avoided, processed independently and with others, …
September 30, 2021Both CanNOT Be Right: CRT vs The Gospel
We have all heard the concept that there cannot be multiple truths …